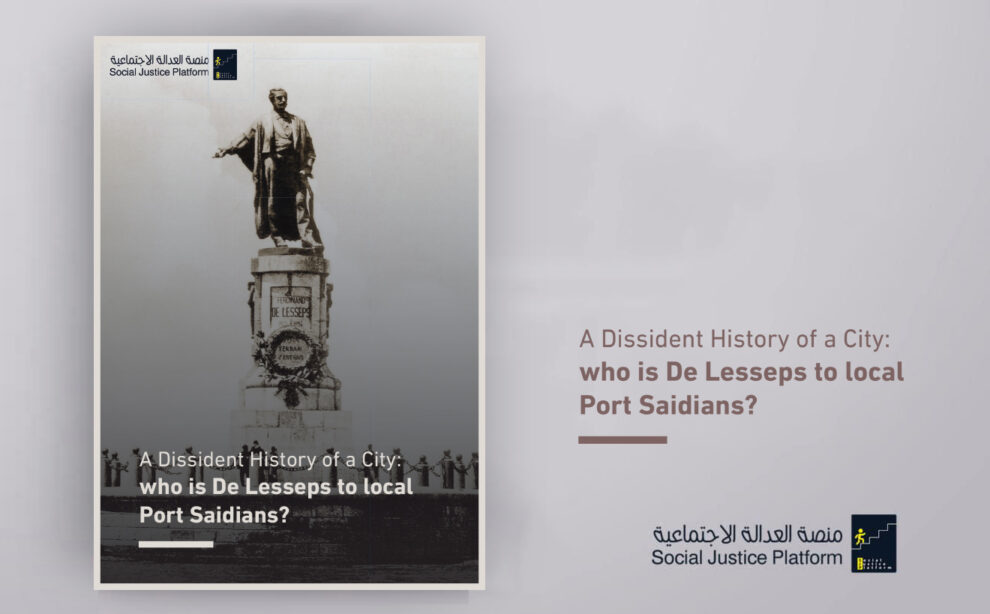 The paper examines a recent state project of bringing back De Lesseps’ statue to Port Said, and the unfolding movements pro and against the move. De Lesseps is the engineer that has been directly associated and connected to the Suez Canal project since it’s initiation. He was commemorated through building his statue and placing it in the northern entry point to Port Said. However, in 1956, with the tripartite aggression, Port Sa’idi dwellers have blown up the statue in rage symbolizing people ending and resisting the reign of colonialism. As part of the current state efforts in centering the Suez Canal through the New Suez Canal project, state authorities attempted to bring back the statue while Port Sa’idi dwellers were asleep. Moving back the statue has awakened a public debate over what historical narratives do we privilege with bringing back this contentious historical figure. The debate has created polarizing reactions within Port Sa’idi dwellers and Egypt at large. The paper archivally follows these debates, presenting various snippets of both movements calling back for- or utterly rejecting de Lesseps return.

Report | Development, Megaprojects and Social Costs: A snippet into 2020
Report | Questions over State Absences and Presences in Lake Manzallah