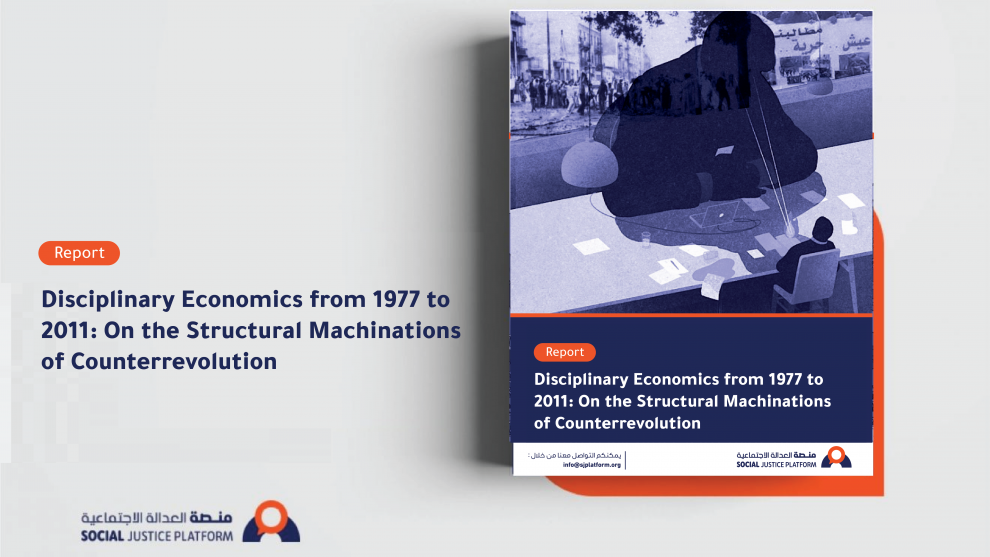 “Today, however, we have to say that a state is a human community that (successfully) claims the monopoly of the legitimate use of physical force within a given territory”.

Perhaps, one of Weber’s most distinguished ideas was the one quoted above, where he suggested that a modern state enjoys the exclusive legal right to deploy physical force against any individual or group within the territories defined as its borders. In other words, a state holds the unshared right to use physical force against any citizen(s) considered threatening to the social structure protected and maintained by such a state.

But aside from questioning Weber’s philosophy in general, we believe that modern states have the ability to threaten their citizens’ lives in many more ways than just physical harm. Indeed, as we aim to show in this paper, a change in a modern state’s economic orientation, specifically in times of accumulation crises, can cause such a state to abandon its previous or traditional socio-economic roles, consequently disturbing all aspects of its citizens’ being and way of living. In the long run, this change does inflict castigation on the most vulnerable groups and classes instead of alleviating their material conditions. For this reason, we believe that a state’s economic decision-making is no less efficient than physical harm as a disciplinary tool. As a matter of fact, because economic decision-making has direct implications on both material and non-material choices of the masses, it acts as a tool of ‘class discipline,’ which combines an increasing use of violence and fearmongering, while effectively serving visions and plans that protect the interests of the dominating few. As such, economic decision-making in the aftermath of crises of accumulation ends up disciplining the vast majority of people to overcome the capital’s accumulation obstacles and facilitate the capitalists’ profit maximization. That is why we titled this paper disciplinary economics, so as to reflect on the kinds of policy choices aimed at enriching the capitalist minority by disciplining the masses in ways that increase the burdens and suffering of the majority, and limits their chances of revolting against the new order. Hence, these economic decisions have in fact social implications, and throughout this paper, we will refer to them as socio-economic decisions.

It is vital here to recognize that while there are strong links in the cases discussed in the paper to ideas of disaster capitalism and the shock doctrine suggested by Naomi Klein, one has to keep in mind that the crises we discuss here are ones that arise from within the capitalist mode itself which is full of contradictions that eventually lead to regular occurrences of crises, an aspect that Klein’s thesis lacks. Moreover, as our discussion of the ‘relative autonomy of the state’ will reveal, we depart from Naomi’s work in our view of the relatively autonomous state, as opposed to the state being simply controlled by corporate interests.

On certain occasions, such socio-economic decisions, happening in line with global changes in economic trends, are met with massive protests or violent clashes with authorities from the aggravated groups and classes. But most of the time, the discontent with these structural changes remains latent. That does not negate that these groups and classes will maintain their opposition (in other forms) to all plans encouraging socializing the costs and privatizing the benefits. Amid this reality, a state’s intervention is not only imperative but even inevitable to confine the masses’ anger and to prevent any further escalations while attempting to overcome the crisis. Nonetheless, one must remember that while a state’s interference can extend pretence, to accommodate people’s demands, in reality that interference cements a new economic orientation—a new pattern of accumulation—corresponding to the interests of the hegemonic class. In these circumstances, amid the crisis of accumulation, the elites push the state to initiate these changes. Thus, this pretence that a state extends does not revoke these changes the people are opposing. Instead, it facilitates that state’s long-term ability to legitimise and implement more socio-economic measures which will doubtlessly further exacerbate the deterioration of the living conditions of the masses,, It is so, as in these moments of crises, a state is presented with the chance to enforce a systematic crackdown, citing “the role of law,” ending chaos and restoring stability and order, effectively ending the opposition’s chances and granting the state additional space to implement more regressive policies.

That being said, we are invoking the state’s general role in legalizing exploitative laws and norms in favor of the capital accumulation process, a fact which we find crystal clear on its own, especially in our current ‘neoliberal’ capitalist context. Of course, we are not saying that a state chooses to implement such measures with the sole intention of hurting such groups and classes. However, because the state decisions correspond mainly to the capital accumulation process and its valorization, the welfare of exploited classes is easily disregarded. Simply put, capital accumulation and citizens welfare, under the supervision of a capitalist state, are in an inverse relationship. Based on the above, taking the Egyptian state as our locus, it is the purpose of this paper to identify how this state, at two different historical moments, embarked on using this tool of disciplinary economics against those certain sections of the Egyptian society that opposed social inequality enforced by changes in the state’s economic orientation. Specifically, we are going to look into the Egyptian state’s (socioeconomic) response to the 1977 bread uprisings and the 18-day sit-in in Tahrir Square during the early wave of the Arab Spring in 2011.

In the first instance, the riots were triggered by the decision to alleviate the governmental food subsidies as part of Sadat’s regime’s attempts to liberalize the Egyptian economy and to shift the state’s support to US foreign policy in the region, after Nasser’s pro-Soviet era. As for the second incident, the 18-day occupation of Tahrir Square, the movement was triggered by the protests in Tunisia and the “spectre” of impoverishment and decay haunting the entire region in the form of neoliberal policies, but more imminently Egypt.

Curiously, despite the early signs of the state’s retreat in both events from its initial plans which triggered the protests, the Egyptian state eventually went ahead with those socio-economic plans, at astonishingly accelerated rates. This was a signal that those temporary retreats were nothing but a teasing tactic followed to incarcerate the angry crowds and to give the state the needed space to proceed with its plans. Notwithstanding that, it should be recalled that we will not delve into details of both events or how they unfolded in this paper. Instead, we will be focusing on the state’s responses to both events and how it went ahead with its plans which ended up punishing large sections of the society.

In its first section, we discuss the response of the Egyptian state to the 1977 bread riots , followed by a discussion of the Egyptian state’s response to the 2011 uprisings before we conclude with some general remarks. Finally, in annex (1), we explain the theoretical framework upon which we approached the topic and build the paper (the relative autonomy of the state and the capitalist accumulation process).