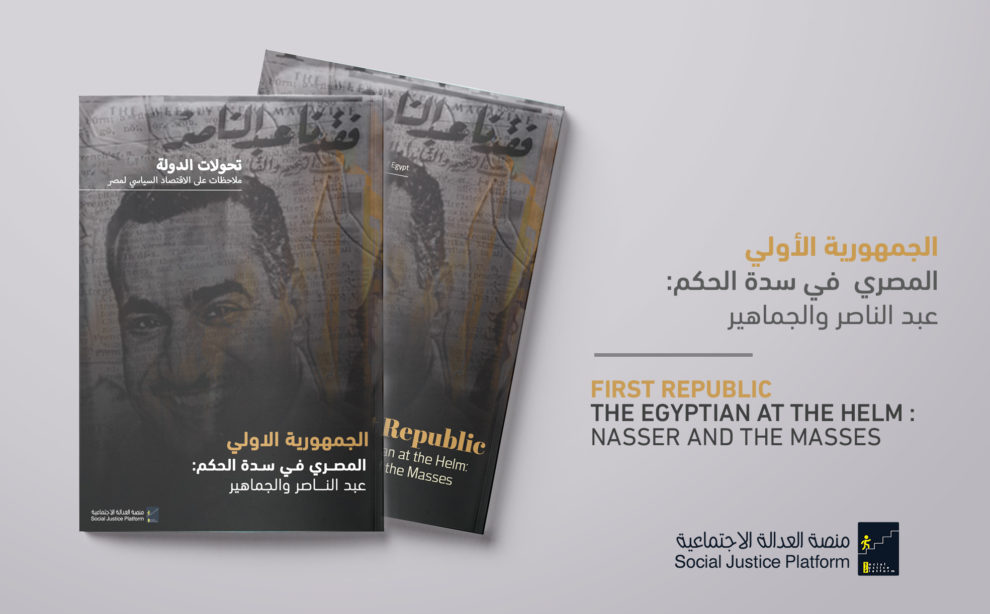 In this series we do not aim to offer an all-encompassing view of those years since the monarchy was abolished, as such an undertaking would be far beyond our reach in this space. Instead, our purpose is to give a view of the political economy of the republics that have been established since. This purpose is informed by a Gramscian analysis of the power structures in the Egyptian society in the last seven decades. In particular, we focus on how the power ebb and flow, the rise and fall of political factions, has  not only altered the economic orientation of the Egyptian state, but the very socio-political fabric thereof, to a degree that it becomes necessary to analyze the preceding and succeeding orders as two different republics instead of a singular republic developing.

These alterations could be the result of an acceleration of previous policies and further entrenchments of the power dynamics that prompted them as is the case between the second and third republics. Or a complete reversal of power arrangements and a reneging of established economic and political covenants that upturn the entire social contract as the one we witness in the transition between the first and second republic. Our motivation behind this project is to debunk the literary appeals that have been long used in the Egyptian political discourse about “al-Hokm al-‘Askary” (Military Rule) as a monolithic political, economic, and social project that has been in effect since the dawn of the republic and reduce it to what it actually is, a poetic appeal that is insufficient as a serious tool of analyzing the Egyptian case, in order to shed the narrative of the current misgivings of our reality as being the direct and eventual results of the sins of our fathers seven decades ago. Thus, we divide the republican period into three distinct republics each with its own vision, appeal, national projects, and narrative that transcends mere uniforms and grounds itself in material analyses of the relations of power and the political and economic conditions informed by them.

To read the Report