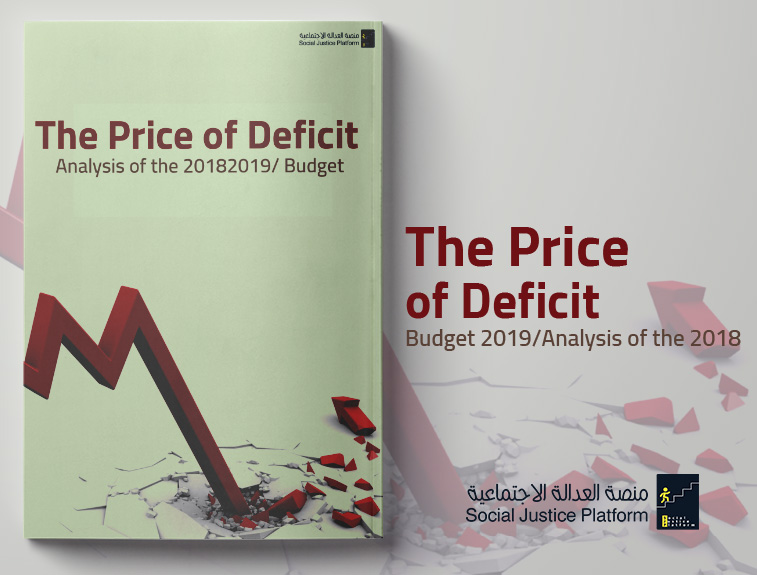 When we embark on analyzing and commenting on the government’s policies, we find out only a sense of repetition with each new budget proposal. Every year, the budget comes with more severe and harsh austerity measures, and this year’s budget is no different from its predecessor, except in the magnitude of its austerity. The proposed budget for the fiscal year 2018/2019 came under a package of the harshest austerity measures in the country.

Perhaps the most important measure is the hike of Cairo metro fares- a means of transportation on which 5.7 million citizens depend daily to traverse Cairo– by between 200 and 600% in the past three months. The latest hike in metro fares was followed by announcing a new increase in electricity prices, starting from the new fiscal year. This increase ranges between 10 piasters per kWh for the highest segment, an increase of 7.4%, and 9 piasters for the lowest segment with an increase of 69.2%. Then, the final blow came by announcing the hike in fuel prices within the penultimate phase of the government’s program to completely lift subsidies on fuel, which is expected to be completed in full next year in accordance with the requirements of the International Monetary Fund (IMF). All of these increases and austerity measures came at the heels of one of the country’s biggest inflation trends, if not the largest; whereas the inflation had been hovering at more than 20% for a full year; during seven months of which, the inflation rate exceeded 30%. As all these austerity resolutions came in order to reduce the budget deficit and fiscal discipline, which adopt reducing the deficit and inflation as the government’s most important economic duties, we have to raise two questions. First, if the primary objective of this austerity is to achieve these two goals, has the government considered the inflationary effects of these price hikes? We can imagine that this increase in prices and necessities of life will not be translated immediately into higher inflation – which the government brags about reducing it to 13%.

The second and most important question is: Does the government realize what its purpose from those policies is? The main aim of reducing the deficit, even for the followers of neo-classical economics, is that the government reduces the basic financial burden on citizens to encourage consumer and investment spending, but when the attempt to reduce the deficit does quite the opposite, so, does the deficit reduction have a value? However, we, here, do not mean that the high deficit is not a problem, but what we mean is that the deficit reduction is a means to an end. If the means yields counterproductive results, then we must reconsider for a moment what we do.

In the coming lines, we will analyze some aspects of the financial statement to provide everyone interested in the Egyptian economic affairs with a simplified elaboration of the most important financial and social policies of the Egyptian government for the fiscal year 2018/2019, and its impact on the ordinary citizen in his daily life.

From the GDP to the GPI: Breaking the Cyclicality of Neoliberal Mentality
Taxation and Gender in Egypt