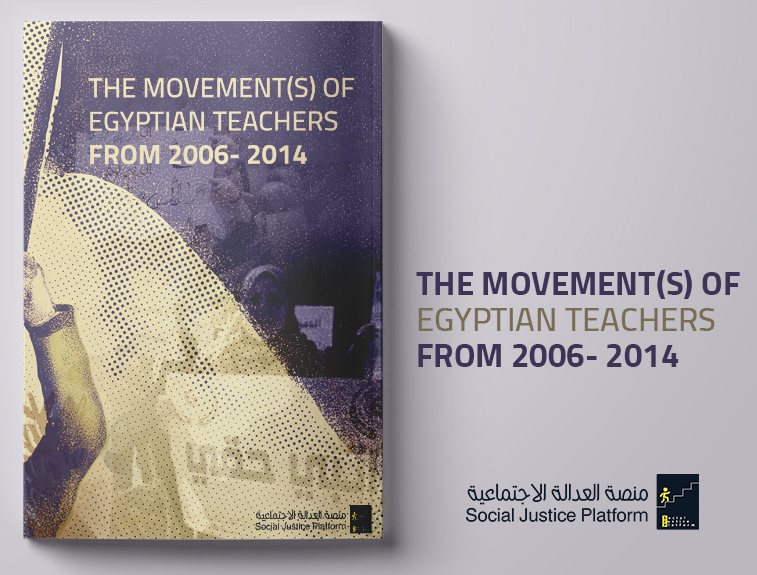 The protests of teachers are not only the largest but also the most ongoing ones that Egypt has witnessed during the first two decades of the second millennium. Throughout the years from 2006 to 2014, the movement has gone through several battles before its entities had been assorted, unintentionally connected with the political affiliations of the leaders, to whom we resorted to write the testimonies for this documentation. They, definitely, were figures for this movement, leaving different parties; most of them were the Egyptian left movement. In the education sector’s eyes, this modern movement was dissimilar or without heterogeneous spectra, it had internal disputes and divisions, leading- for example- to the establishment of the “Federation of Egyptian Teachers” in parallel with “Independent Teachers Syndicate”. It also was a reason for withdrawing the confidence from the bureau of the Independent Syndicate, and the reelection of a new board of directors on the 30th of January 2015. The syndicate practices were utterly new to the teachers. Thus, the politics dominated as well as, in some cases, the individual opportunist interests dominated over and above the exaggerate showoff of leadership by some of its leaders; resulting in dramatic losses to the whole movement. That, however, does not negate being a gain, especially when it comes to uncovering some faces that became figures for their great abilities in mobilization and discourse or even for their long political history. Here, we had to put aside any disputes relating to the teacher groups of common battles as well as interests against the background of their disagreements or different political affiliations. According to Raed Al-Husseini, head of the Independent Teachers Syndicate, the teachers’ movement leaders had established the Independent Syndicate in parallel with the Federation of Egyptian Teachers owing to this dispute over and above the experiment is new to both so as to set up independent entities affected by political trends as a whole.